We have a couple in the works, and we’re hoping our readers can suggest clever cover lines

Readers of The Steampunk Explorer can probably tell that I have a fondness for magazine parodies. I’ve already created a steampunk parody of the National Enquirer, and now I have early mockups of two more. 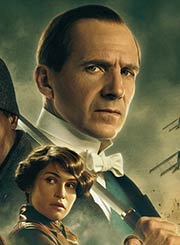 From Dolittle and Jungle Cruise to The King’s Man, a look at films likely to have steampunk appeal

At least on the big screen, no steampunk blockbusters appear to be on the horizon this year. But lots of movies on the 2020 calendar are likely to appeal to steampunk fans, including several period fantasy adventures.

The End of the Beginning

Opinion: Some folks say that steampunk is fading or even dying, but Professor Elemental wants to set the record straight. “Don’t worry fellow nerds, everything is fine, better than it ever was in fact,” he writes, and he’s here to tell you why. . . 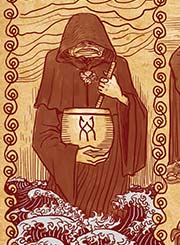 From the Kitchen of H.P. Lovecraft

Just in time for Halloween, The Countryman Press has released The Necronomnomnom, a book of “recipes and rites from the lore of H.P. Lovecraft.” The only things more horrid than the mind-destroying monsters are the unspeakable puns.

No steampunk blockbusters are on the horizon, but it looks like a good season for period dramas

This time of year, it’s customary for media outlets to offer previews of movie releases slated for fall. We decided to get in on the act, but with a steampunk twist. None really qualifies as “steampunk,” but all have elements with steampunk appeal. 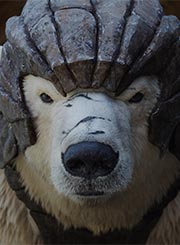 Attendees at Comic-Con International in San Diego got a closer look at two forthcoming TV series that could — emphasis could — fulfill the long-held dream of a blockbuster steampunk media franchise.