Key City Steampunk Festival Is Officially On for 2021

The organizers previously announced that they would hold off on selling tickets until they were sure they could run the convention within safety protocols. This year’s theme is “Cthulhu vs. The Martians.”

The COVID-19 outbreak continues to wreak havoc, sweeping up much of the steampunk community along with geek culture in general. 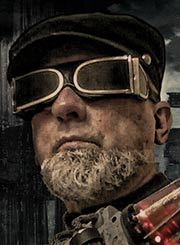 The Steampunk and Fantasy Showcase will return to Central Pennsylvania Nov. 16 and 17 with a line-up of speakers that include Professor Mark P. Donnelly, author Leanna Renee Hieber, and a host of well-known makers. 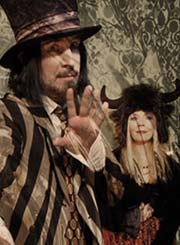 Maker demos, author panels, concerts and more are on tap at the Key City Steampunk Festival

An all-star cast of steampunk makers will help celebrate the “Worlds of Jules Verne” as the Key City Steampunk Festival returns August 16-18 to Frederick, Maryland. The Slambovian Circus of Dreams will headline a Saturday night concert.

Some of the best-known makers in the steampunk world will converge this summer in Frederick, Maryland, as the Key City Steampunk Festival rolls into town. It will likely be the largest paid-admission steampunk event on the East Coast.

Thanks to a new volunteer effort, there will be a steampunk event this May in New Jersey

After the collapse of The Steampunk World's Fair, and the ill-fated attempt of the Silver Phoenix Society to put on a replacement event, a group of volunteers has stepped forward to stage C.O.G.S. Expo, May 4-6, 2018, at the Radisson Piscataway.