With its ability to produce mashups, generative AI is well-suited for creating steampunk imagery. Nevertheless, we intend to avoid use of these images – in most cases. Here’s a closer look at the technology and why it’s causing a stir.

Steampunk “re-imagineer” Bruce Rosenbaum has teamed up with Atlas Obscura to present a four-part online lecture series that will examine “the history, design, and philosophy of Steampunk.”

The new SMUD Museum of Science and Curiosity recruited members of the Sacramento Steampunk Society to act as hosts for its inaugural fundraising event, and the Society helped transform the space into a steampunk experience. 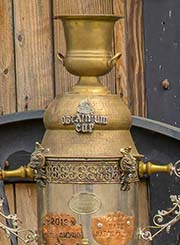 Steampunk artist Bruce Rosenbaum has been keeping busy lately, with a new teleconferencing gadget inspired by a 19th century cartoon and a steampunk aquarium for a museum in California. 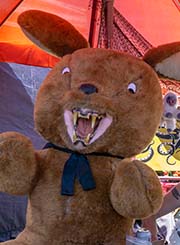 Steampunk Makers in Silicon Valley: An Afternoon at Steamy Tech

The kinetic art studio is best known for wooden steampunk accessories, but lately they’ve been ramping up and branching out with new creations, virtual Maker Nights, and a service that provides access to their production equipment.

Touted as Cluj-Napoca’s first steampunk museum, it’s really one of the few such places anywhere. The organizers welcome submissions from artists around the world. They also hope to launch a steampunk festival. The museum opened June 18.