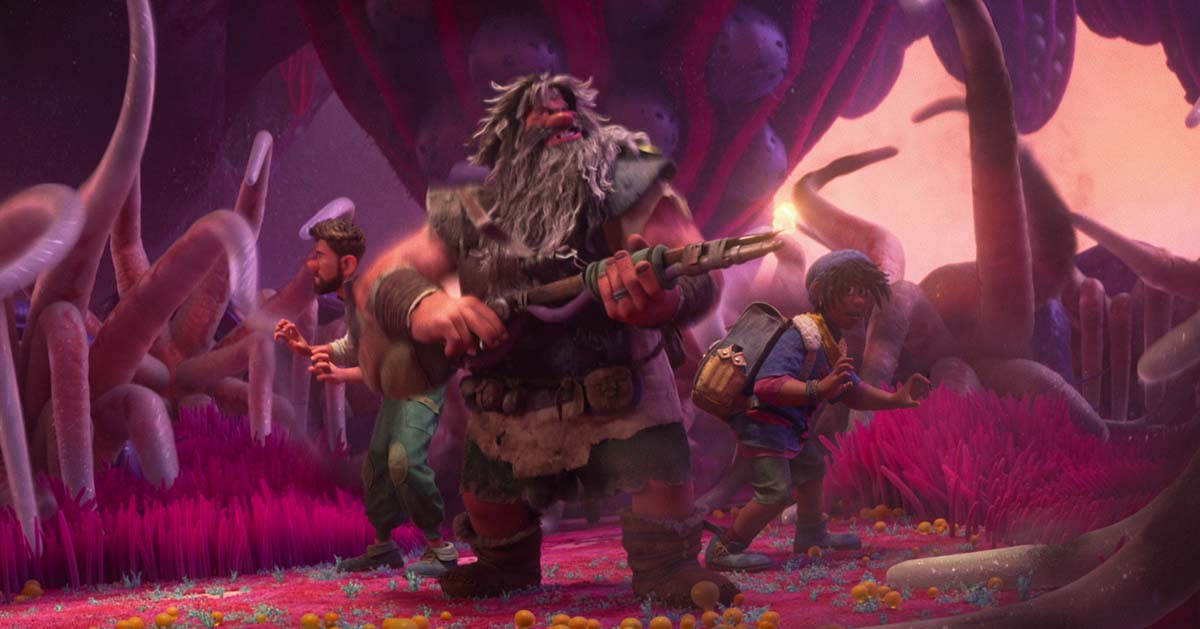 January appears to be a quiet month for new arrivals on streaming services, which means it might be a good time to catch up on earlier releases you’ve missed. However, there are a few highlights, including The Prestige on Hulu, Strange World on Disney+, and The Pale Blue Eye on Netflix.

Strange World debuted in late December, but it was an unexpected arrival so it didn’t make last month’s streaming guide.

Our monthly streaming guides focus on titles arriving each month on the major streaming services. See “Our Ultimate Streaming Guide” for a more comprehensive look at steampunk-related movies and series on these services.

Unless otherwise noted, these productions debuted Jan. 1. We can only confirm new arrivals in the U.S., but some titles may also be available on these streaming services in other countries.

Strange World – This animated film made a sudden appearance on the streaming service in late December, just a month after debuting in theaters. Set in a mysterious fantasy world, it tells the story of a family of adventurers who go on an underground journey to save an unusual energy source. The film draws much of its inspiration from old-time sci-fi movies and pulp magazines, as well as the Jules Verne classic Journey to the Center of the Earth.

The big news on HBO Max this month is what’s gone, namely The Nevers, Westworld, Raised By Wolves, and a handful of other series that were removed as part of a cost-cutting effort by parent company Warner Bros. Discovery (WBD). By “gone,” we mean not just cancelled – the series can no longer be seen on the streaming service. WBD says it’s seeking to license the shows to free ad-supported streaming services, but we don’t know when or how that will happen.

The cancellation of The Nevers came after the final, unaired episodes of the first season had already been completed. The first six episodes streamed in 2021, representing the first half of Season 1.

Titles leaving the service at the end of January include Fantastic Beasts and Where to Find Them (2016), Fantastic Beasts: The Crimes of Grindelwald (2018), and Sweeney Todd: The Demon Barber of Fleet Street (2007).

The Prestige (2006) – This Christopher Nolan film makes our list of all-time great steampunk movies, even if the steampunk elements are not immediately apparent. Based on a novel by Christopher Priest, it stars Hugh Jackman and Christian Bale as rival magicians in 19th century London.

The film scored well at the box office but was largely panned by critics. It also drew criticism from Alan Moore and Kevin O’Neill, creators of the original comic series. The comics are regarded as steampunk classics.

Twentieth Century Studios is reportedly developing a reboot of the film to stream on Hulu.

The Pale Blue Eye (2022) – Based on the Louis Bayard novel, this Netflix Original film stars Christian Bale as a detective hired in 1830 to investigate a gruesome murder at West Point. He’s assisted by an eccentric cadet who happens to be a young Edgar Allan Poe. Harry Melling co-stars as Poe. The supporting cast includes Gillian Anderson, Toby Jones, and Robert Duvall.

Also arriving in January: King Kong (2005), The Aviator (2004) with Leonardo DiCaprio as Howard Hughes, and Season 11 of AMC’s The Walking Dead. The latter arrives on Jan. 5.