Is Steampunk Too Reliant on Facebook? Should We Seek Alternatives? 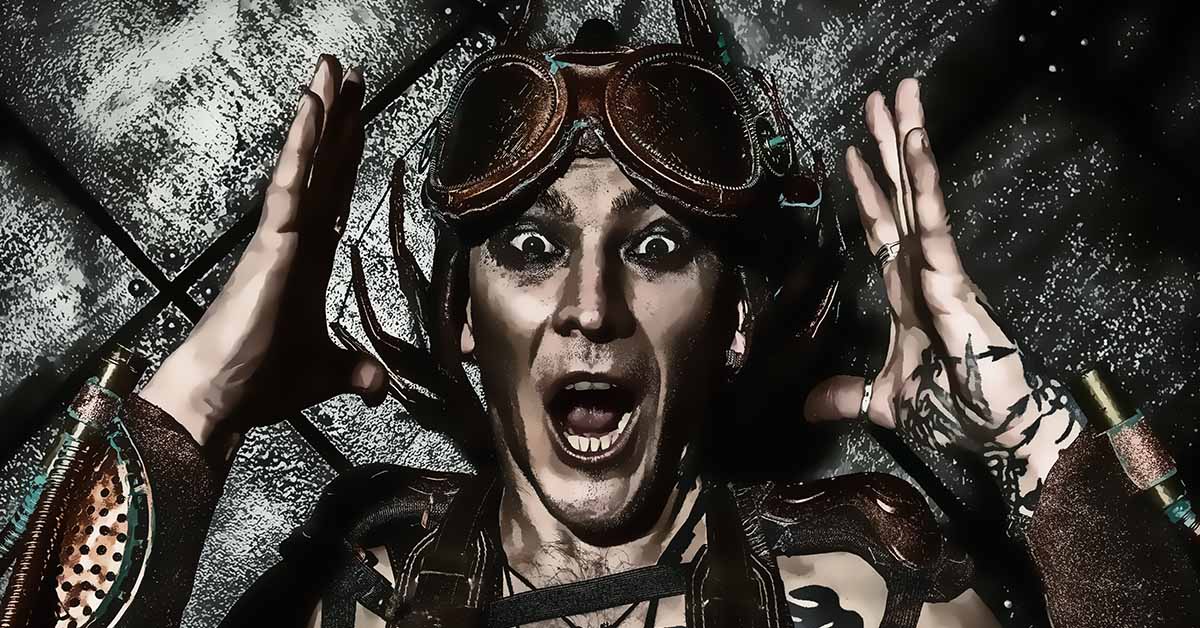 Steampunk may draw influences from the 19th century, but the steampunk community is highly dependent on one decidedly 21st century technology, and that’s Facebook. This point was driven home Monday when the social network was hit by a worldwide outage that lasted nearly six hours.

Every day, we gather in steampunk-focused Facebook groups, from small regional crews with a few hundred members to giants like Steampunk Tendencies with nearly 400,000.

Facebook provides the main online presence for many steampunk creators, including artists, authors, and musicians.

Some steampunk events promote themselves almost exclusively on Facebook. Last year, as much of the world was in a pandemic-induced lockdown, Facebook even served as a venue for virtual steampunk events.

Here at The Steampunk Explorer, Facebook is our primary means of drawing attention to our stories, by posting links on our own Facebook page and then sharing them to a select number of steampunk groups.

Some steampunk creators, primarily authors and musicians, are also active on Twitter, but in the steampunk world, it pales in comparison to Facebook.

As much as steampunk fans depend on Facebook to connect with one another, it’s fair to say that many of us have a love-hate relationship with the platform. Much of this relates to concerns about data privacy as well as Facebook’s alleged role in exacerbating a range of social ills, including political polarization and the spread of misinformation about COVID-19.

The latter issues came to a head on Sunday night in the U.S. during a “60 Minutes” interview with former Facebook employee-turned-whistleblower Frances Haugen.

All of this raises a question for steampunk fans who have relied on the platform: Is it time to look for alternatives?

The challenge is that no other social platform matches Facebook’s enormous reach: 2.74 billion monthly active users, according to the company’s own estimates. And Facebook makes it easy to create and grow an online presence, whether it’s a page or a group or a personal account.

Consider Concellation, the Facebook group that launched in March 2020 as the “SF&F con that’s always cancelled.” It began as a joke among a small cadre of convention organizers, but within 72 hours it had grown to nearly 10,000 members, and it soon surpassed 30,000 members.

What could possibly compete with that?

In terms of functionality, the closest alternative to Facebook is MeWe, a social network from Sgrouples, a company in the Los Angeles area. You can post content, create event listings, and set up groups and pages, all in ways that will be familiar to any Facebook user. It also has chat features, but in addition to one-to-one chats, MeWe lets you participate in group chats.

Despite the similarities, MeWe bills itself as the “anti-Facebook” largely due to its emphasis on data privacy.

Facebook gets much of its revenue by collecting data about its users and then selling advertising targeted to their interests. MeWe does not sell advertising. Instead, it uses a “freemium” business model in which users get basic features for free and pay subscription fees for enhancements such as video calling and extra storage. (Disclosure: In its early days, The Steampunk Explorer used Facebook advertising to promote stories to steampunk fans.)

Image by Szilárd Szabó from Pixabay

Another difference between the platforms relates to the algorithms that determine the content presented to users in their news feeds.

Facebook’s algorithms emphasize posts most likely to generate shares and comments. In her “60 Minutes” interview, Haugen said the algorithms thus tend to favor “content that is hateful, that is divisive, that is polarizing. It’s easier to inspire people to anger than it is to other emotions.”

The company, she said, “has realized that if they change the algorithm to be safer, people will spend less time on the site, they’ll click on less ads, they’ll make less money.”

In testimony to Congress on Tuesday, Haugen said that Facebook should instead present content in reverse chronological order.

That’s essentially the approach taken by MeWe. “There’s no targeting, there’s no algorithm manipulating your news feed,” said company founder Mark Weinstein in an interview with NPR. And “no advertisers or marketers can reach or target you with anything.”

A Haven for Extremists?

But MeWe has its own controversies. The platform has gained a reputation as a haven for right-wing extremists, conspiracy theorists, and anti-vaccination activists, especially in the aftermath of the Jan. 6 attack on the U.S. Capitol.

Following the insurrection, Facebook and Twitter cracked down on groups associated with the attack and suspended the accounts of then-President Donald Trump. Many Trump supporters responded by moving to MeWe and other social media platforms such as Parler.

Some steampunk fans have cited concerns about the presence of extremists and conspiracy theorists as a reason to avoid MeWe.

Weinstein has rejected the notion that MeWe caters to the far right. “We are absolutely not an opinion chamber of one side or another,” he said in an interview with The Associated Press.

The site’s terms of service prohibit content that is “hateful, threatening, harmful, incites violence; or contains graphic or gratuitous violence.” However, “we don’t care what your opinion is, if you’re on the right or the left,” Weinstein said. “That’s none of our business.”

The company’s advisory board includes mainstream figures such as Tim Berners-Lee, credited as the inventor of the World Wide Web, and Jack Canfield and Marci Shimoff, co-authors of the Chicken Soup for the Soul book series.

During the Facebook outage, I joined MeWe out of curiosity and set up a page for The Steampunk Explorer.

The site lists groups in more than 120 categories covering a wide range of lifestyle and cultural interests, including Arts, Entertainment, Literature, Nerds, and Pop Culture. The largest steampunk group, Steampunk Rules, has about 1500 members and is similar to steampunk groups on Facebook, consisting largely of images posted by users.

Given the reports about political extremism, I also checked out the Politics/Activism category. It includes groups spanning the political spectrum, though right-leaning groups vastly outnumber the left-leaning ones. From what I can see, if you don’t want politics in your news feed you can simply refrain from joining one of these groups. (Of course, that also depends on your circle of friends on the site.)

Politics aside, MeWe’s biggest drawback as a Facebook alternative may be its limited reach. It currently claims about 20 million users, of whom 20 to 30 percent are considered active. About half are in North America, with most of the remainder split between Asia and Europe. That would be a huge number for many companies, but is far short of what most folks would consider critical mass for a social media platform.

Nevertheless, if there’s ever a mass migration from Facebook, MeWe seems to be the most likely destination given the similarity in features. (In case you’re worried, we’re not leaving Facebook, at least not anytime in the foreseeable future.)

Another platform worth mentioning is CosMos, a social network that caters to cosplayers and pop culture fans across a wide spectrum of genres, including steampunk. Founder Haylar Garcia describes it as “the world’s first escapist social media platform.” It’s similar to Facebook in many ways, but with numerous tweaks geared toward its audience. For example, users sign up as “Master Personas,” which can be your real name or a fictional one. You can also create alter egos, and instead of becoming a friend to other users, you’re a “Friend/Foe.”

The Steampunk Explorer also has a presence on this platform, though we haven’t been active in recent months.

If MeWe is small compared with Facebook, CosMos is sub-atomically microscopic, with about 180 users at last check. It launched last year, and Garcia hopes the recent introduction of apps for iPhones and Android devices will spur additional memberships. You can find them by searching for “CosMos Social” in the respective app stores.

Some readers have suggested Discord as a possible Facebook alternative. It has more than 350 million registered users, of whom more than 150 million are considered active. It launched in 2015 as a communication system for gamers, and gaming remains a major focus, though it has since branched out to encompass other interests. Organizers of virtual events have found it useful as a group chat platform for attendees.

However, I don’t see it as a viable replacement for Facebook because its features are too dissimilar and some people find it difficult to use.

If you’re a creator or event organizer who caters to steampunks, one lesson of the Facebook outage is that you need multiple channels to reach this community. Being an admitted web geek, I’m surprised at the number of authors, artists, and entertainers who don’t have websites and rely almost entirely on Facebook for an online presence.

Even if you can’t afford a web developer, platforms like Wix, Weebly, and Squarespace provide relatively easy and inexpensive ways for non-techies to create their own websites. I wouldn’t recommend these services for a website with frequently updated content, but they suffice if you just need a few static web pages.

An even simpler option is Linktr.ee, which lets you set up pages with links to all your online activities, such as Facebook pages, Twitter feeds, YouTube channels, or Etsy stores.

Given all the different ways that steampunks rely on Facebook, it seems doubtful that many folks will take their airships elsewhere. The best outcome might be that Facebook changes its practices so we don’t feel so conflicted about using the platform. In Tuesday’s testimony, Haugen herself advised against breaking up the company, instead arguing for more oversight.

Still, it can’t hurt to hedge your bets and diversify your online presence, especially if you’re a steampunk creator.

I’ll leave you on a lighter note, as Frenchy and the Punk took advantage of Monday’s downtime to perform a song parody, “The Day Facebook Was Silenced.”