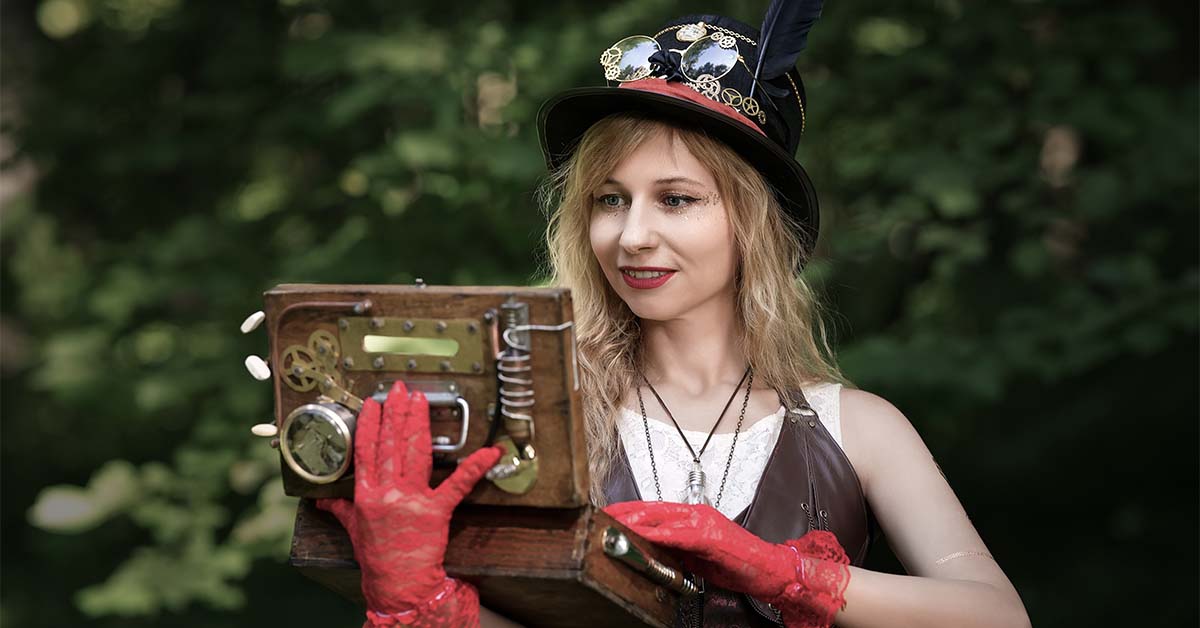 Image by Victoria_Art from Pixabay

Steampunks of the world: It’s that time of year again, a day to wear your goggles proud. Yes, it’s June 14, International Steampunk Day.

Of course, steampunk fans don’t need a special holiday to celebrate the culture they love. They honor it year-round by attending events, fabricating art, making music, and even (ahem) producing a website. But it’s still nice to have a day to call our own.

The celebration had a humble beginning. It was conceived in 2008 by Drew Mierzejewski, a college student in Hawaii at the time. “We had a very low-key steampunk party, had fun, and called it a day,” he recalls. He stepped things up the following year by establishing the International Steampunk Day Facebook group, and it grew from there.

He describes the observance as a “day where we get to dress up like steampunk characters, watch steampunk movies, play steampunk video games, read steampunk books, and just bask in the glory that is the steampunk genre.”

But why June 14? Some have speculated that it might be related to Charles Babbage’s proposal of the Difference Engine (an early mechanical computer) in a paper to the Royal Astronomical Society on June 14, 1822.

But, no. “The day was chosen mostly because it was the end of the semester and it was earliest that my friend group could meet,” Mierzejewski tells us.

These days, he works in Orlando, Florida, as an actor, writer, and director. He continues to maintain the Facebook page but admits that his steampunk activities have waned in recent years.

“I still adore some of the aesthetics of the genre, but have less time to be involved,” he says.

The series follows the exploits of John Sinister, a disheveled private detective, and his mechanical cat sidekick Dexter. This time, they’ve joined an airship crew in hopes of foiling a band of thieving sky pirates. It’s available from Amazon in Kindle and paperback formats.

Dickinson is also making the first Dexter & Sinister novel available for free on June 14 and 15.