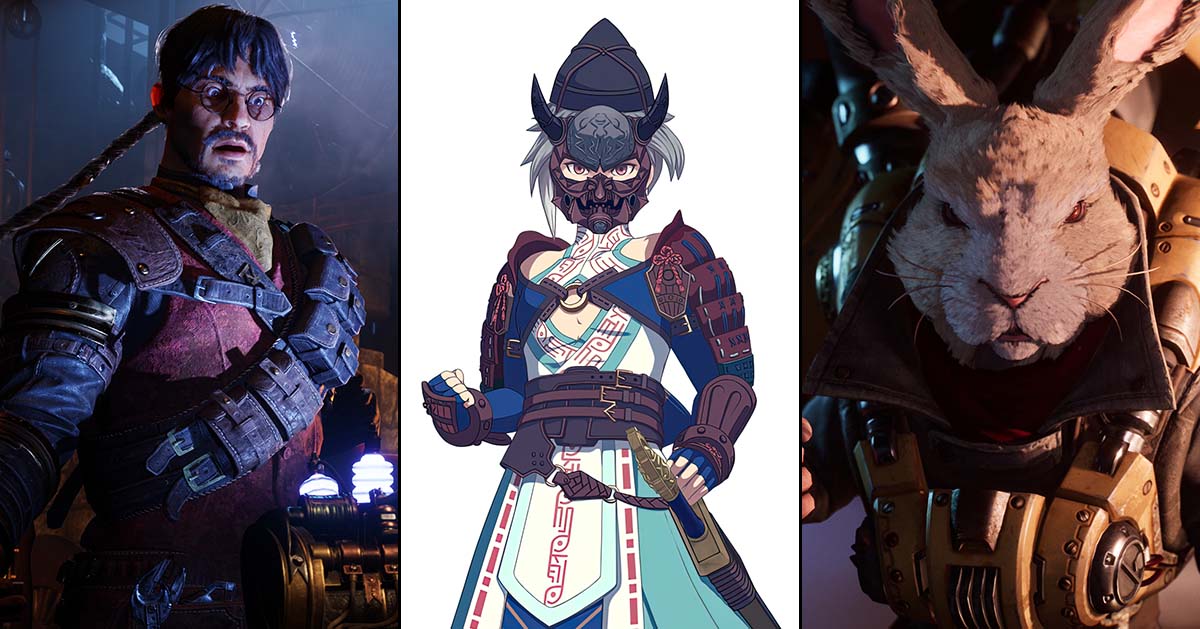 Steampunk themes and aesthetics continue to be major attractions for developers of video games, as the past year saw new titles in a wide range of categories: First-person shooters, roleplaying games, puzzle games, virtual reality adventures, and more.

Circus Electrique is a roleplaying game set in a steampunk version of Victorian London. Here, “a mysterious event known as ‘The Maddening’ has turned a huge portion of the population from all walks of life into ruthless killers,” explained lead writer Chris Baker. “Yet somehow The Maddening has had no effect on performers from the Circus Electrique, and their unique talents serve pretty much as the only hope for saving the city, maybe even the world.”

The game is rated “T” (Teen) for blood and violence.

Victoria 3 is a new sequel to the society simulation game, in which players build and maintain their own nation in an era spanning 1836 to 1936.

The game is rated “T” (Teen) for mild violence, mild blood, mild suggestive themes, partial nudity, and use of drugs.

Alan’s Automaton Workshop is a programming puzzle game in which players launch a business with mathematician and computer science pioneer Alan Turing. The gameplay involves building automatons and solving problems from clients.

Evil West is a shooter game in which you control a vampire hunter in the Wild West. The weapons include conventional firearms and an electrical gauntlet. You can play in single-player or online co-op modes.

The game is rated “M” (Mature 17+) for intense violence, blood and gore, and strong language.

The DioField Chronicle is a strategy roleplaying game set in a medieval steampunk fantasy world. Players take roles in a mercenary group that battles the fictional Trovelt-Schoevian Empire.

In addition to the downloadable versions, each console version is available in a Collector’s Edition that includes a board game set in the same world.

The game is rated “T” (Teen) for mild suggestive themes, violence, and blood. 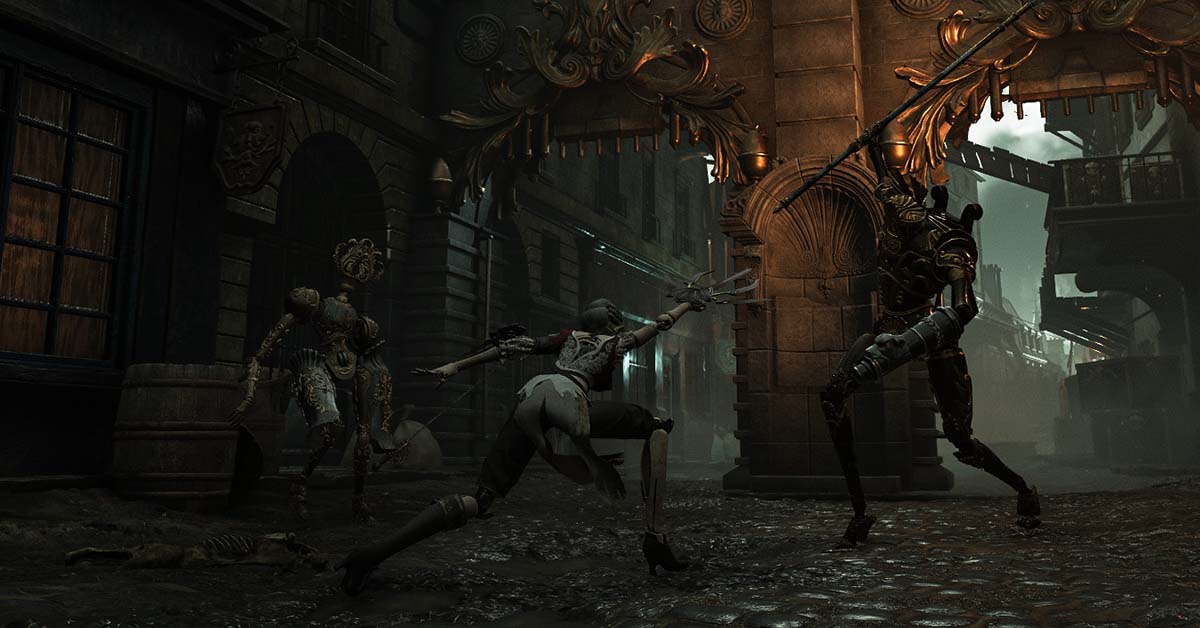 Steelrising is a roleplaying game set in an alt-history 1789 Paris, where Louis XVI has used a mechanical army to suppress the French Revolution. Players control a mysterious automaton named Aegis to confront the king’s army and save the revolution. It’s available in a standard edition and the enhanced Bastille Edition with additional characters, a new weapon, and a new play area.

The game is rated M (Mature 17+) for violence and blood.

Mad Experiments 2: Escape Room is an escape room and puzzle game in a Victorian/steampunk setting. You can play solo or in a co-op mode with up to five other players. The game is a sequel to the original Mad Experiments escape game released in 2020.

The game is rated “T” (Teen) for blood and violence.

Thunderful Publishing also released versions of the base game for Xbox One and PlayStation 4 consoles.

Publisher Pine Studio also released a Wild West-themed DLC where you take the role of an outlaw seeking to escape a crooked sheriff’s jail. The add-on also includes a saloon, train station, and railroad car.

Wing Up the Tomorrow is an otome game for mobile devices. The anime-style romantic adventure involves a heroine in a steampunk fantasy world who must stop a space-time collapse while choosing between two suitors.

These games are available for purchase in beta or early-release versions that may not be complete. 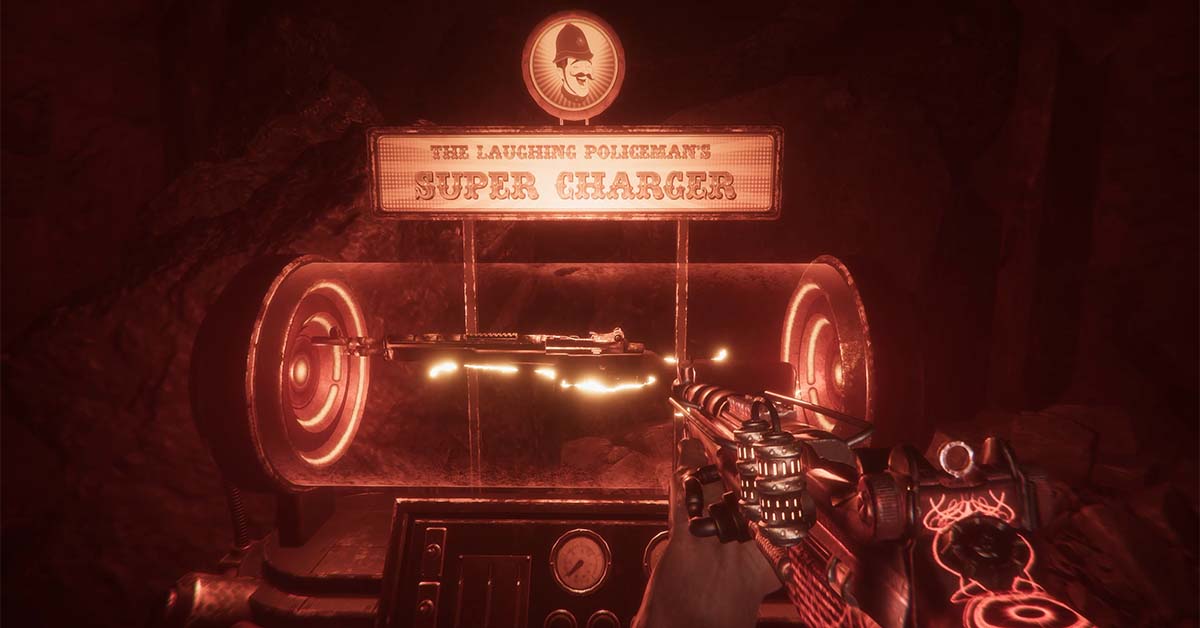 Sker Ritual is a round-based co-op first-person shooter described as a “spiritual successor” to Wales Interactive’s Maid of Sker. Players use steampunk weapons against supernatural creatures known as The Quiet Ones. It can be played solo or with up to four players.

Wales Interactive released the early-access version in October. The full release is scheduled for April 2023.

Gloomwood is a first-person shooter in a dark neo-Victorian setting. Players use an array of weapons to escape a city “consumed by an ancient curse.”

The publisher released the early-access version in September and says it will take at least another year or two for a final release. 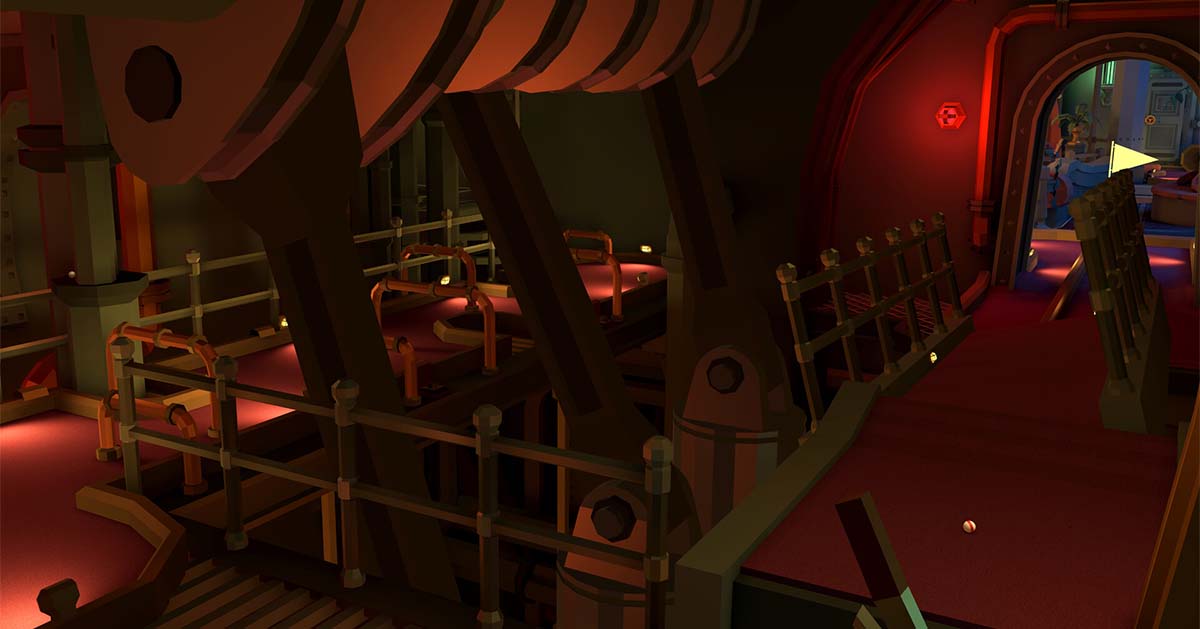 Walkabout Mini Golf: Twenty Thousand Leagues Under the Sea is a multi-player VR miniature golf game that takes place aboard Captain Nemo’s Nautilus. Later this year, developer Mighty Coconut plans to release additional courses based on Journey to the Center of the Earth and Around the World in Eighty Days.

The Twenty Thousand Leagues course is one of many add-ons for the company’s Walkabout Mini Golf games, which also include courses inspired by Myst, Labyrinth, and the “lost cities” of Babylon, Shangri-La, and El Dorado. You’ll need the base version of Walkabout Mini Golf to use the add-ons.

The Tale of Onogoro is an anime-style single-player VR adventure game set on an island in a steampunk world. Players join forces with a virtual character, the high priestess Haru, to solve puzzles and defeat giant beasts.

These are older games released last year in new versions for consoles.

F.I.S.T. Forged in Shadow Torch, a dieselpunk-themed Metroidvania action game, is now available for Nintendo Switch. It was originally released in 2021 in digital versions for Windows PCs and PlayStation 4/5. Microids released physical editions for PlayStation and Switch in 2022. The game is notable in part for its anthropomorphic warrior rabbit.

Industria, a first-person shooter first released in 2021 for PCs, is now available for PS5 and Xbox Series.

Lamplight City, a steampunk-themed puzzle and adventure game, is now available for Nintendo Switch. It was originally released in 2018 in versions for Windows, Mac, and Linux.

Lethis: Path of Progress, a steampunk city-building game from 2015, is now available for PlayStation 5 and Xbox Series X|S consoles. It was previously available for Windows PCs and Nintendo Switch.

Pnevmo-Capsula, a puzzle and adventure game set in a steampunk/atompunk USSR, is now available for Nintendo Switch, PlayStation, and Xbox consoles. The PC version, entitled Pnevmo-Capsula: Domiki, was released on Steam in 2021.

More year in review coverage: The Year in Pictures | Board Games and RPGs | Books and Comics | Kickstarters | Movies and TV | Music