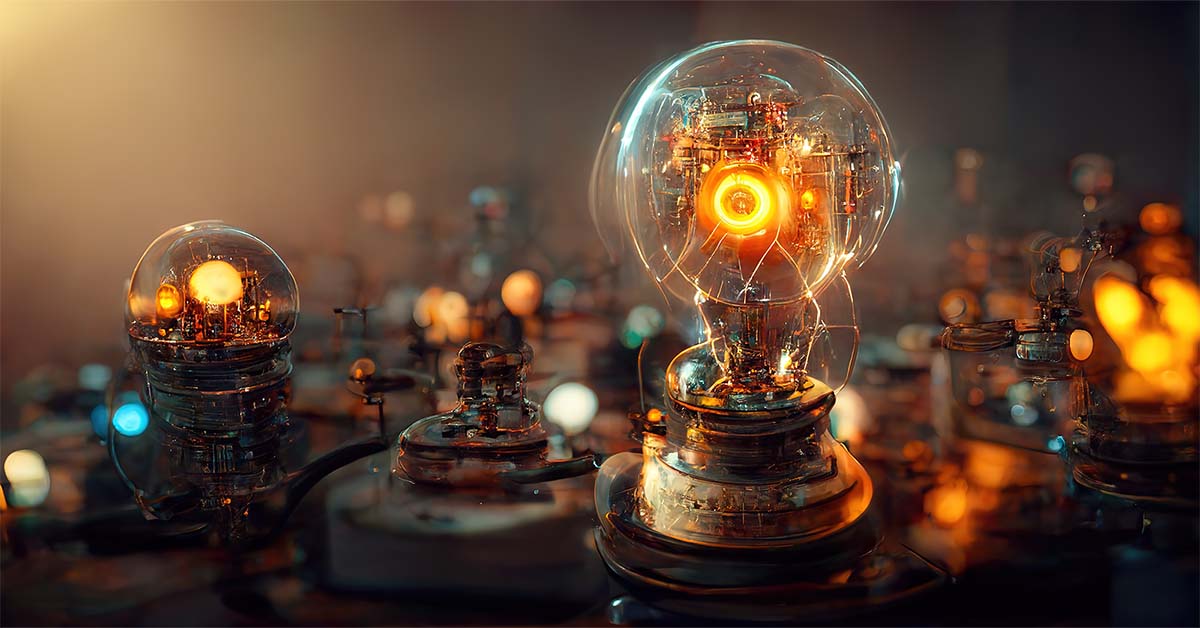 At its core, steampunk is a community defined by creators, whether that takes the form of literature, music, cosplay, crafting, visual arts, or other pursuits. Many of these artists are now grappling with issues related to “generative AI,” which refers to artificial intelligence technologies that can produce synthetic works resembling human creations.

If you’re active on Facebook or other social media networks, you’ve likely seen steampunk-themed illustrations generated by Midjourney or similar AI tools. A user enters a text prompt, such as “Steampunk Benjamin Franklin,” and the software generates a series of corresponding images.

Another new AI system, ChatGPT, is capable of writing essays, poems, songs, and other works that appear to be penned by humans.

In a new two-part series, we’ve taken an up-close look at these technologies and the challenges they pose for steampunk creators.

For the first story, we interviewed ChatGPT to gauge its knowledge of steampunk. We did it much like we’d query a human, covering topics such as steampunk literature, the steampunk aesthetic, and multiculturism in the genre.

The software is in an experimental preview phase, and it made numerous factual errors, but the responses were uncannily articulate and well-constructed.

In four or five hours, we produced dozens of images that would have drawn “oohs” and “aahs” on Facebook at an earlier time. It’s easy to see why these tools are so popular – and why so many artists are up in arms.

As a matter of policy, we will refrain from use of AI-generated images unless they’re intended to help explain the technology and the thorny issues surrounding it. That’s what we aimed to do in the second article, which also goes into greater detail about our “No-AI” policy and why we adopted it.

We have sad news from Canada, as the Coldwater Steampunk Festival in south-central Ontario has ended its run after 12 years. The event, held in August, was one of the country’s largest steampunk gatherings.

Luckily, steampunk fans in the region will have other options with at least three events happening in August and September, including two new ones:

Ruthven in Wonderland, described as “Alice in Wonderland meets Steampunk,” will feature live performances, a craft show, and other activities. It’s presented by the Ruthven Park National Historic Site near Cayuga, Ontario, about 40km south of central Hamilton and 70km west of Niagara Falls. The event is scheduled for Saturday, Aug. 19, with Aug. 20 as a rain date. Learn more on the Ruthven Park website.

Cogs & Clockwork - Fergus Steampunk Festival is another new event, this one happening Sept. 9 in Fergus, Ontario, about 100km west of Toronto. Activities will include juried vendors, fashion shows, a scavenger hunt, and teapot racing. Learn more on the Facebook page.

The Amherstburg Uncommon Festival will return Sept. 15-17 to downtown Amherstburg near Windsor and Detroit. The event has a fantasy and steampunk theme with vendors, teapot racing, a costume contest, workshops, live entertainment, and more. See the website for more info.

Edgar Allan Poe was born on Jan. 19, 1809, and in honor of his birthday, gothic metal duo Valentine Wolfe has released a new single entitled “A Dream Within A Dream.”

In addition to celebrating the author, “we also enjoyed crafting a song with just voice and bass,” they wrote. “All the layers and textures you’re hearing, beyond the drums, are just those, the essence of our music, combined with the inspiration of Edgar Allan Poe.” It’s available now on Bandcamp.

Inverse Press is on Kickstarter with Issue #3 of Last Ride of the 4 Horsemen: Conquest, the publisher’s new entry in its steampunk western horror comic book series. The original Last Ride of the 4 Horsemen told the story of gunslinger Cager Dobbin, who defends the town of Promise against the Four Horsemen of the Apocalypse. Conquest is a new story arc that takes the saga in unexpected directions.

Pledges begin at US$3 for a digital download. A pledge of $18 or more will get you an autographed deluxe edition with pencil sketches. Reward tiers also include back issues and alternate covers. The publisher estimates delivery in February.

The campaign launched on Jan. 15 and met its US$2500 funding goal two days later. It runs through Jan. 29. See the Kickstarter page and Inverse Press website for more info.

The Most Anticipated Museum Openings of 2023 (Smithsonian Magazine)

What LEGO MOC Will You Build This Week? How About a Custom LEGO Steampunk Walking Ship (Brick Show)

NZ: Fashion lovers to strut their stuff at Carnival of Costumes (NZ Herald)

Singapore: Get whisked away to the Victorian era at this pet-friendly cafe (Confirm Good)