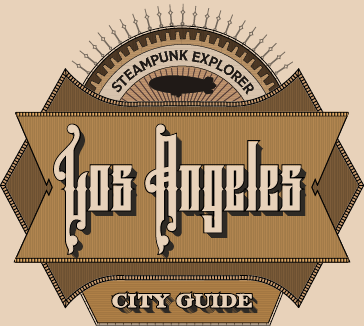 Being the center of the entertainment industry, Los Angeles is a magnet for creative talent — artists, writers, musicians, filmmakers, prop makers and more — and this has made the region fertile ground for steampunk culture.

Indeed, the Los Angeles area is arguably the birthplace of steampunk as a literary genre. Pioneering steampunk authors K.W. Jeter, James Blaylock, and Tim Powers attended Cal State Fullerton in the 1970s, and Jeter would later coin the term "steampunk." Years earlier, Hollywood gave us "The Wild Wild West," the popular TV series often credited as a steampunk prototype. All of which is remarkable when you consider that the city was barely a blip on the map during most of the Victorian era.

Los Angeles is also home to many cultural attractions as well as offbeat retail establishments and eateries. These include a steampunk-inspired bowling alley in Hollywood and the Steampunk Coffeebar and Kitchen in the San Fernando Valley. In Burbank, you'll find Dark Delicacies, a bookstore that describes itself as "America's Home of Horror." And there's much, much more.

The listings below include locations in Los Angeles, Orange, Riverside, San Bernardino and Ventura Counties. Check out the "Steamiest Places" section for attractions likely to be of greatest interest to steampunks. 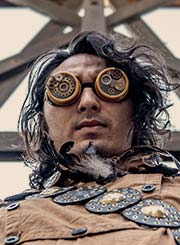 A Hallowsteam Weekend in SoCal

Steampunk will mix with Halloween thrills as the Oxnard Steampunk Fest returns Oct. 25-27 to Heritage Square in downtown Oxnard, California. Once again, TV personality Doc Phineas will serve as MC. 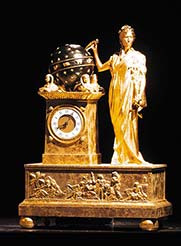 A “Time Machine” of Living Art

The H.G. Wells novel inspired this year’s theme for the Pageant of the Masters in Laguna Beach

Photo Gallery: One of the art world’s most unusual events is taking cues from steampunk and science fiction as the Pageant of the Masters adopts a “Time Machine” theme for its 2019 production in Laguna Beach, California.

The City of Angels is home to two (two!) bowling alleys with steampunk aesthetics

After extensive research and consultation with the Google Machine, we are prepared to recognize Los Angeles as the undisputed Steampunk Bowling Alley Capital of the World.

San Francisco’s Regency Ballroom will be transformed into an eccentric, steam-driven fantasyland as the Edwardian World’s Faire and Ball take place Jan. 25-26. The producers then head south for the Los Angeles Edwardian Ball in Hollywood. 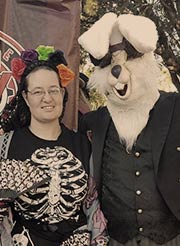 The Velveteen Band, Doc Phineas T. Kastle and cosplay expert Tayliss Forge will be among the guests as the Oxnard Steampunk Fest returns Oct. 13 and 14 to Heritage Square in downtown Oxnard, California.

Music, comedy, workshops, films, and cosplay are on tap at this outdoor steampunk festival

Steampunk will meet the Old West, along with a dash of Star Wars, as the Wild West Steam Fest returns to the Heritage Museum of Orange County in Santa Ana, California, on Saturday, May 5.