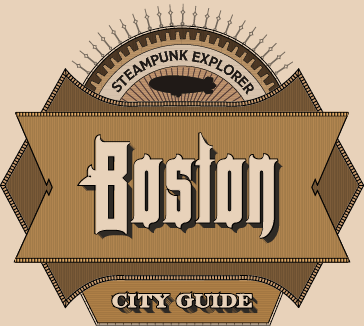 Boston is well known for its colonial history and prestigious universities. But in the steampunk world, the region is most prominent for the Watch City Steampunk Festival, an event in nearby Waltham that draws about 10,000 people. Waltham is also home to the Charles River Museum of Industry & Innovation, which focuses on the Industrial Revolution and the Waltham Watch Company.

Visitors to Boston (and locals) will find other notable attractions closer to town. The Harvard Collection of Historical Scientific Instruments houses artifacts collected by the university since 1672. The Metropolitan Waterworks Museum preserves three gigantic steam engines that once pumped water to the city. At the Museum of Science, you can see Tesla coils and the world's largest air-insulated Van de Graaff generator. And at MIT, you'll find the MIT Science Fiction Society's library of books and magazines numbering more than 60,000 volumes.

These are just some of the highlights from the listings below, which cover the counties of Essex, Middlesex, Norfolk, Plymouth and Suffolk in Massachusetts and Rockingham and Strafford counties in New Hampshire. Check out the "Steamiest Places" section for attractions likely to be of greatest interest to steampunks. 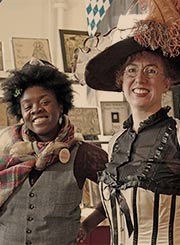 The Jewelry City Steampunk Festival is officially slated for Oct. 23 in Attleboro, Massachusetts. But the organizers also hope to establish a pop-up steampunk makerspace in the city, if they can raise the needed funds.

In case you missed last weekend’s online Watch City Steampunk Festival, much of the programming is now accessible on the festival’s YouTube channel. 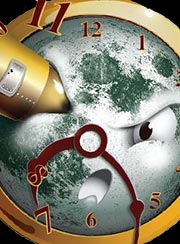 Virtual Watch City Festival Heads for the Moon This Weekend

Steampunk fans can journey to the Moon as the virtual Watch City Steampunk Festival takes place on YouTube, Zoom, and Discord. The lunar voyage serves as the theme for the event, which will feature two tracks of online programming. 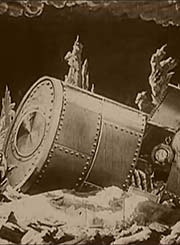 Watch City participants will take a trip to the Moon with “hours of in-flight entertainment. . . These performances will be transmitted directly to your viewing monitors.” Most programming will be available on YouTube. 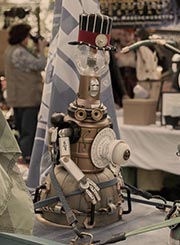 Organizers of the Watch City Steampunk Festival are seeking entries for the Mad Science Expo, Virtual Edition, which will be part of this year’s online event scheduled for May 8.

The huge steampunk festival in Waltham, Massachusetts is cancelled once again due to COVID-19. But this year the organizers plan to host a virtual event in its place.

Google employees will get daily glimpses of steampunk creativity thanks to an art exhibit portraying 19th century authors and inventors as mechanical comic book superheroes. The artwork is based on Bruce Rosenbaum’s Humachines. 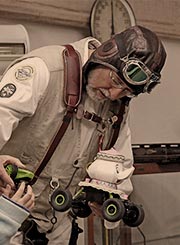 Steampunk fans in New England will head for Attleboro, Massachusetts as the city hosts the third annual Jewelry City Steampunk Festival. The free event will include panels, kids’ activities, a costume contest, live entertainment, and more.