Steampunk Digest - March 12, 2021: Our weekly roundup of news and other happenings in the steampunk world | The Steampunk Explorer
Skip to main content 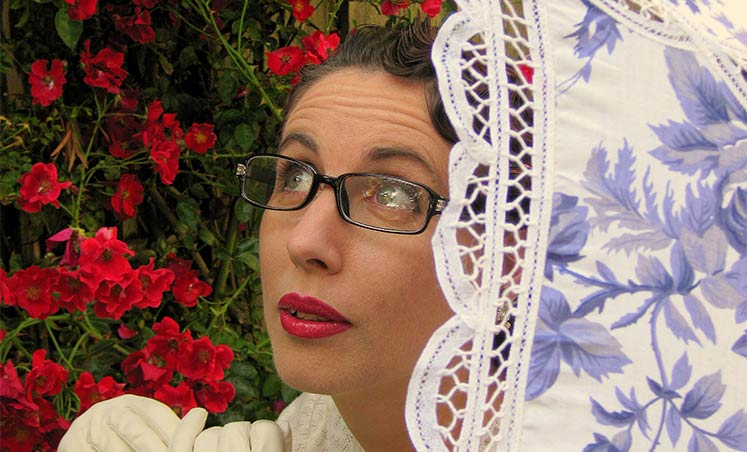 Gail Carriger’s Parasol Protectorate series is getting a new shot at a screen adaptation. Frederator, a Los Angeles-based animation studio, announced that it has acquired the rights to develop an original animated series based on the bestselling steampunk novels. Carriger will serve as an executive producer along with Frederator executives Michael Hirsh and Kevin Kolde.

“Parasol Protectorate is a wickedly fun, addictive, and refreshing paranormal adventure and will be an incredibly exciting and wonderful addition to the animation space,” Hirsh said in a press release from the studio.

Parallel Films optioned the novels in 2012 for a possible TV adaptation that never happened, and Carriger later noted that optioned books rarely get to the production stage. This is especially true of live-action period dramas with supernatural elements, which are expensive to produce, she wrote.

She tells us she’s more optimistic about this deal because it’s an animation project.

Frederator has produced content for Netflix, Amazon Prime Video, Nickelodeon, Cartoon Network, and others. It also operates its own streaming channels on YouTube. One of its best-known series is Castlevania, an adaptation of the video game franchise that streams on Netflix. Other popular shows include The Fairly OddParents on Nickelodeon, Adventure Time on Cartoon Network, and Bee and PuppyCat on Netflix.

Henry W. Osier, administrator of Clan McSteam, is inviting steampunk fans to participate in a worldwide Steampunk St. Patrick’s Day Celebration on May 17. “Because of the pandemic, many of us cannot go to a pub on this day and celebrate the day in our steampunk regalia,” he writes. “This event is a way we can all have a great time and let off some steam.”

Here’s how it works: “On the day of the event, please post photos of yourself dressed for the day or even a video of yourself dancing a jig,” he writes. “If you find a funny meme, photo, video or GIF you should post them.” Posts should be family-friendly and non-political.

Osier launched Clan McSteam as a public Facebook group for “for all those Steampunk men who love wearing kilts,” though the membership includes a large contingent of women and at least one steampunk editor with nary a kilt in his wardrobe.

Frenchy and the Punk have released a cover version of “Hanging on the Telephone,” a song previously recorded by The Nerves and, more famously, by Blondie. They released the single on March 7, the 145th anniversary of Alexander Graham Bell receiving a patent for the telephone.

It’s available on multiple music platforms, including Bandcamp, Spotify, and Apple Music. Links are on their website.

Meanwhile, Scott Helland, the guitar-playing half of the duo, has released “Overtones of Hercule and Holmes,” the third music video from his forthcoming album The Spy Detective Collective. Readers will recall that the album is a homage to spy and detective shows of the 1960s and 70s.

The ride is one of the major attractions in Crackaxle Canyon, an area of the amusement park that replicates a 1920s boomtown. See the website for more info.

Author Catherine Stein has released Love at Second Sight, Book 4 in her Potions and Passions steampunk romance series. The stories are set in a Victorian world “where potions run technology and passions run deep.” In this one, “a nefarious potion leaves Anna and Quinn Harper both without their memories,” and “these now-strangers must band together to regain themselves, foil their enemies, and rediscover love.”

It’s available in e-book and paperback formats from multiple booksellers. See the author’s website for links and more info.

“The Astro Twins” Ophira and Tali Edut, along with astrologer Matthew Swann, have declared “a new galaxywide holiday” in honor of a pioneering female astronomer. Urania Day will take place on March 16, the birthday of Caroline Herschel (1750-1848), the first woman to discover a comet and the first to earn a salary as a scientist. Over her career, she discovered eight comets and three nebulae, and assisted her older brother Sir William Herschel in the discovery of Uranus.

The holiday is named for the Muse of astronomy in Greek mythology. It aims to “encourage girls and women to literally reach for the stars through science, math and technology,” states a press release announcing the holiday.

The Eduts are identical twin sisters who operate the Astrostyle website. They also serve as the official astrologers for Elle magazine. The twins are encouraging supporters to post purple-tinted selfies or images of themselves with purple hair. In ancient Greek literature, the Muses were described as having violet tresses. 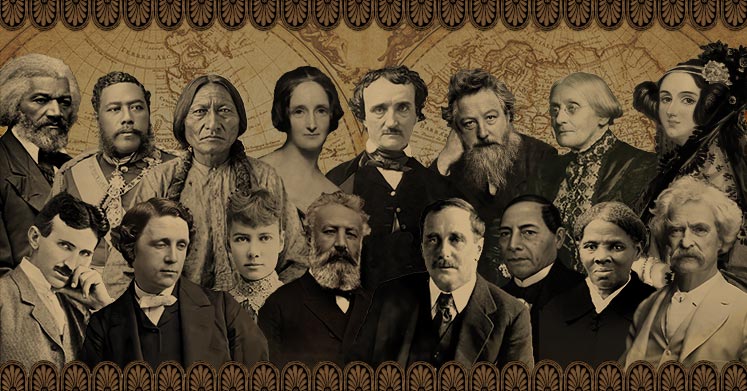 We posted the image last week, challenging readers to see how many they could identify. Then we revealed the identities on Saturday, along with bios of the historical figures and information about how they’ve been portrayed in fiction and drama.

We have sad news from the UK, as steampunk trader Hilary Sedgwick of Lilac Moon Designs passed away March 3 from cancer. She was remembered as “an amazing woman who brightened everyone’s lives that she touched.” In her memory, her sister is requesting donations to two cancer-related charities via JustGiving: Cancer Support Yorkshire and Macmillan Cancer Support.

Unwoman is seeking Kickstarter funds for Of My Own Space and Time I Am Queen, her eighth original album and 14th overall. The singer/composer/cellist describes it as the product of soul-searching over the past year, with “a lot of serious topics, very middle-aged topics.”

Backers will get the album in July before its official release. A pledge of $1 or more will entitle you to a download. Songs are also available to her Patreon supporters and Bandcamp subscribers.

Unwoman frequently performs at steampunk events. Circling, her sixth original album, received the 2015 Steampunk Chronicle Reader’s Choice Awards for Best Solo Musician and Best Album. She says it’s still her favorite album. Compared with War Stories, her last original album, “Circling has a more consistent vibe and theme, and I think Of My Own Space and Time I Am Queen has that as well,” she writes.

The campaign launched March 8 and quickly passed its US $6,000 fundraising goal. It runs through April 9. See the Kickstarter page for more info.

Inverse Press is on Kickstarter with hardcover and softcover editions of Last Ride of the 4 Horsemen, a steampunk/western comic book series. It tells the story of shootist Cager Dobbin, who defends the town of Promise against the Four Horsemen of the Apocalypse. The 112-page volume collects all four installments of the series plus a preview issue with origin stories of three horsemen.

The story was written by Kevin LaPorte and illustrated by Nathan Smith, Ari Arnaldsson, and Armando C. Rillo, Sr. It’s slated for delivery in May.

You can get a PDF download by pledging US $15 or more. Pledges for the softcover edition begin at $25. A $50 pledge will get you a numbered hardcover edition autographed by LaPorte, cover artist Rando Dixon, and colorist Gavin Mitchell.

The campaign launched March 7 and passed its US $3,000 fundraising goal in 26 hours. It runs through March 21. See the Kickstarter page for more info.

The Future of Burning Man Emerges At Fly Ranch, An Outrageous New World In The Black Rock Desert (Forbes)

Magic, mystery and the Underground Railroad: ‘The Conductors’ by Norfolk’s Nicole Glover is called a ‘nail-biting’ debut (The Virginian-Pilot)

League of Extraordinary Gentlemen: How the Literary Heroes Lasted Into the 21st Century (CBR)

7 Facts about The Island of Doctor Moreau (Mental Floss)

Do We Have Our Composer For The Nevers? (HBO The Nevers fan site)

San Francisco has a hidden castle with underground caverns and, maybe, ghosts (SFGate)

Spanish flu: the virus that changed the world (History Extra)

Vintage Hearses Were Very Different From What You Imagine (Grunge)

For centuries, Big Sur residents have seen ‘Dark Watchers’ in the mountains (SFGate)