Steampunk Digest - February 14, 2020: Our weekly roundup of news and other happenings in the steampunk world | The Steampunk Explorer
Skip to main content

Staff Report
Friday, February 14, 2020
If you play this YouTube video, it may present pop-up advertising. The Steampunk Explorer has no control over the content of the ads. You can close the ads by clicking on the X button in the upper right.

Well Go USA Entertainment has posted a trailer for Abigail, a Russian-produced English-language steampunk fantasy. It stars Tinatin Dalakishvili in the title role of a young woman searching for her long-long father. English actor Eddie Marsan is a co-star. The film was written and directed by Aleksandr Boguslavskiy.

They say you shouldn’t judge a movie by its trailer, but this one looks pretty good. It’s set for release March 17 on Blu-Ray and DVD. See the distributor’s website for more info. 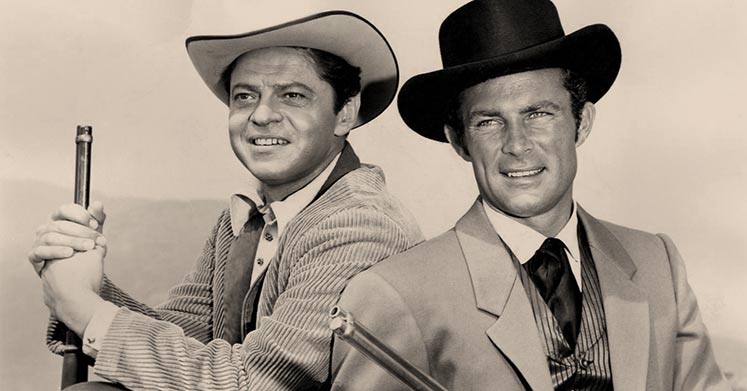 Sad news from Hollywood. Robert Conrad, star of The Wild Wild West TV series, passed away on Feb. 8 at his home in Malibu, California. He was 84. The Wild Wild West, which aired on CBS in the late 1960s, was arguably steampunk before the genre had a name, combining elements of science-fiction, spy thrillers, and Westerns. Conrad played James West, an American 19th century version of James Bond who teamed with master-of-disguise Artemus Gordon. Together, they traveled the country in a custom-built train, foiling the plots of colorful villains. The series was known for anachronistic inventions, such as a telegraph machine hidden in a cane and a steam-powered wheelchair that fired rockets.

The Wild Wild West was later adapted into a 1999 feature film directed by Barry Sonnenfeld and starring Will Smith and Kevin Kline. However, the movie proved to be a critical and box office flop.

More sad news from the entertainment world: Kirk Douglas, who starred as Ned Land in Disney’s 1954 film adaptation of 20,000 Leagues Under the Sea, passed away Feb. 5 at age 103.

ITV Studios has finally announced a U.S. distribution deal for the BBC’s adaptation of The War of The Worlds. The three-part mini-series has been picked up by AMC Premiere, a streaming subscription service from AMC Networks. There’s no word yet on when it will be available. Starring Eleanor Tomlinson, Rafe Spall, and Robert Carlyle, the series is set in Edwardian-era England. It has already aired in many other countries, including Canada and the UK.

It’s not to be confused with an eight-part adaptation from Fox Networks Group and StudioCanal that’s set in contemporary Europe. Starring Gabriel Byrne and Elizabeth McGovern, that series premiered in France last October. It’s set for a U.S. premiere Feb. 16 on Epix, and will begin airing in the UK on March 5.

February 12 was International Darwin Day, aiming to “to inspire people throughout the globe to reflect and act on the principles of intellectual bravery, perpetual curiosity, scientific thinking, and hunger for truth as embodied in Charles Darwin.” Held on the anniversary of Darwin’s birth in 1809, it’s currently an informal observance. But since 2011, the American Humanist Association has been trying to have it recognized in the U.S. as an official holiday.

Some organizations use the occasion to present educational programs about Darwin’s life and his theory of evolution. For example, students at Bridgewater State University in Massachusetts will staff information booths and natural history displays at a Darwin Day celebration on Feb. 28. Learn more at the International Darwin Day website.

Aksys Games has released a Nintendo Switch version of Code: Realize ~Guardian of Rebirth~, an interactive fiction game set in a 19th century steampunk London. It tells the story of Cardia, who is afflicted with poisonous blood and pursued by the Royal Guard. She teams up with characters from Western literature and “ventures out in the world to unravel the mysteries surrounding her very existence.” It’s available in a US $39.99 standard edition as well as a US $59.99 Collector’s Edition with a 60-page art book and soundtrack CD. The game was previously released for the PlayStation 4.

The publisher also plans an April Nintendo Switch release for Code: Realize ~Future Blessings~, a sequel to Guardian of Rebirth. See the website for more info.

Shi Wang Chan, a model maker in Hong Kong, is on Kickstarter with a series of seven do-it-yourself steampunk models: A scorpion, minion, mini-motorcycle, “Iron Knight,” “Public Enemy,” and two types of spiders. Three are brand new and four are updated versions of older designs. Backers will receive kits with metal parts and assembly instructions.

Last week we told you about our near-death experience, as The Steampunk Explorer faced a Feb. 25 deadline to pay our annual web-hosting fees. Thanks to 42 generous donors, we raised more than US $1000 on GoFundMe, and that bill is now paid. We are most grateful for this support.

The episode drove home the need to bring in more revenue, we hope in ways that are not too annoying. Readers who wish to support us financially now have three options:

Patreon. You can make a monthly pledge of $1 or more, which includes access to premium content, such as downloadable art and our recent series on Creative Commons images. This past week, we posted a PDF of our April Fool’s Steampunk Enquirer parody, which proved to be a hit with readers. This version can be downloaded and printed on tabloid-size paper.

GoFundMe. We launched this campaign Feb. 5 to raise funds for web-hosting and other expenses. Now we’ve decided to keep it going as an option for readers who’d rather make a one-time donation as opposed to a monthly pledge. Donations typically range from US $10 to $100.

CaféPress. We now have a store on CaféPress, where you can purchase buttons, T-shirts, tote bags, and other items bearing our logo. We’re also offering tabloid-size mini-posters of our April Fool’s parody. However, CaféPress rejected our original Steampunk Enquirer design because it too-closely resembled the National Enquirer. So the CaféPress version is called the Steampunk Observer.

We earn a markup of $1-$3 on each item sold, and they also help to spread the word about The Steampunk Explorer. Prices range from $3.99 for small buttons to $32.99 for sweatshirts. The mini-poster parody costs $7.99.

AnachroCon, a celebration of “history both real and imagined,” returns Feb 14-16 to the Hilton Atlanta Airport. It’s aimed at fans of steampunk, alternate history, historical re-enactment, and related genres. This year’s theme is “The Roaring 20’s.” Entertainment includes The T-Tones, a “tight-harmony female vocal trio,” and NeverMoore, a magic and mentalism duo. Bill Harrison of the Atlanta Steampunk Expo is organizing a teapot racing competition. The event also features games, a costume contest, and panel discussions. The program is available on the Facebook page.

Riverside Dickens Festival, Feb 22-23. This street fair will feature entertainment, authors, inventors, and educational presentations related to the Victorian era and the works of Charles Dickens. It takes place at multiple locations in downtown Riverside, California.