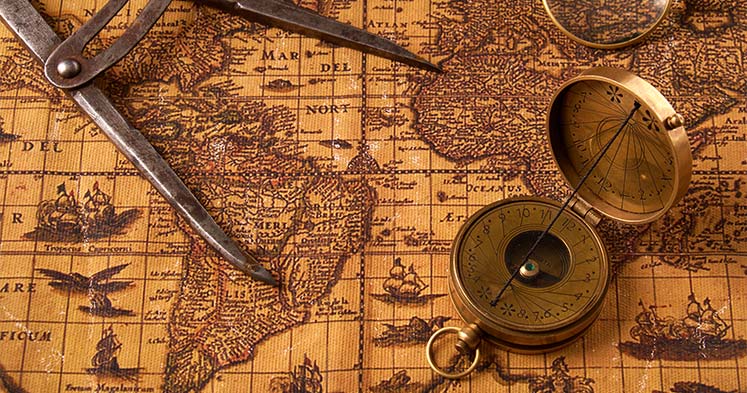 Themed “The Many Worlds of Jules Verne,” the festival will return to the Clarion Inn Frederick Event Center, in Frederick, Maryland, Aug. 16-18, 2019. Festival organizer Wheeler Stone also announced its first musical guest, Frenchy and the Punk.

Last year’s festival was also held at the Clarion Inn, and once again the facility is offering a discounted room rate for attendees. You can book your room on the website or by calling the hotel at (301) 694-7500 (ask for the Key City Steampunk festival rate).

Stone offers a few caveats: The discount is available only if you visit the website from a computer, not a phone. Be sure to check the dates you want (Thursday through Sunday is the default). If you call, be sure you’re speaking with someone at the hotel’s front desk instead of the Choice Hotels call center. He also cautions that the hotel sold out last year, though rooms were also available at an overflow hotel.

The festival will soon be accepting vendor applications. This year the process will be “highly juried,” Stone says, and fewer slots will be available. “Our goal is to have a wide variety of 100 percent handmade art by steampunk artisans, local or otherwise.”

This event, the major steampunk convention for the San Francisco Bay Area, is scheduled for March 22-24, 2019, at the Hyatt Regency SFO in Burlingame, California.

The organizers announced this week that Philippa Ballantine and Tee Morris will be the author guests of honor. Ballantine and Morris are frequent collaborators whose works include The Ministry of Peculiar Occurrences and Verity Fitzroy and the Ministry Seven series.

Clockwork Alchemy is also accepting applications for participation in the Artist’s Bazaar (the vendor area) and Artist’s Gallery. Both are juried. The Bazaar is limited mostly to vendors with hand-made, -drawn, or -crafted items, or self-published creative works. At least 90 percent of the items must be made by the artist. The Artist’s Bazaar FAQ lists the requirements in detail. A 10 ft. x 10 ft. booth costs $300 and includes two convention badges. Submission deadline is Dec. 31, 2018.

The Artist’s Gallery is a showcase for “devices, paintings, and fashion [that] bring the steampunk aesthetic to life in a physical form.” They must be suitable for display in a family-friendly setting. See the Gallery page for more info.

This is a new event produced by Pandora Promotions, best known as the organization behind the International Steampunk Symposium in Cincinnati, Ohio. It’s scheduled for Sept. 27 - 29, 2019, at the Westin O’Hare Hotel, 6100 N River Rd., Rosemont, IL 60018. The organizer promises a “family-friendly program filled with entertainment, exhibits, vendors, presenters, games, and much more.”

Some entertainers and speakers have already been announced. Musical guests will include DJ Vorteque plus two chap hop artists: Mr. B the Gentleman Rhymer and Sir Reginald Pike Devant Esquire.

Speakers will include author Michael Coorlim and filmmaker John Borowski. Coorlim is known for his Galvanic Century steampunk series as well as tales of cyberpunk and horror. He’s also a game designer. Borowski has produced documentaries about serial killers of the late 19th and early 20th centuries.

The deadline for vendor applications is Dec. 1, 2018. Applications will be vetted for criteria that include uniqueness, quality, and what categories of items you intend to sell. Applications received after the deadline will go on a waiting list. See the vendor page for details.

Folks interested in presenting have until March 31, 2019 to submit proposals. See the application for more info.

Judges will select three entries in each category, and an online poll of Symposium fans will choose the winner. Winners will receive a full weekend badge and the vinyl banner on which their work is displayed. See the contest page for more info. 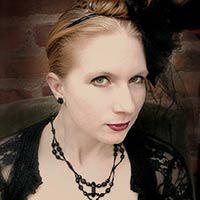 The vendor application deadline has passed, and the 2019 vendors have been announced. However, you can apply to be on the waiting list, and “even if you are unable to get into the 2019 show, it is still worthwhile to give us your information so that we can contact you when applications for future shows go live,” the website says.

The event takes place at the Holiday Inn Eastgate, 4501 Eastgate Blvd., Cincinnati OH 45245. The main hotel block has sold out, but discounted rooms are available at the Fairfield Inn & Suites next door.

These are just a few of the many steampunk events set for next year. See our “Steamiest Events” page for a complete list. It’s currently limited to the U.S., but we’ll be adding events from other countries in the near future. We will update the page as new dates are announced. You can also find updates in the weekly Steampunk Digest.

The Steampunk Explorer is now on Patreon. A monthly pledge of $1 or more supports our work and provides access to premium content. Get the details here.